TRAILERS: San Andreas, The Heart Of the Sea, The Hobbit 3, SALEM

Some posts appear to be destined not to get up. I have been trying for a week to finish Penguins Of Madagascar, and just can't get it done, I have just been too swamped with work; I am deeply sorry. Thursday, at 8 pm, Exodus: Gods and Kings opens, so I am going to see that and will immediately let you know what I thought of it. In the meantime, let's check out a few trailers,... 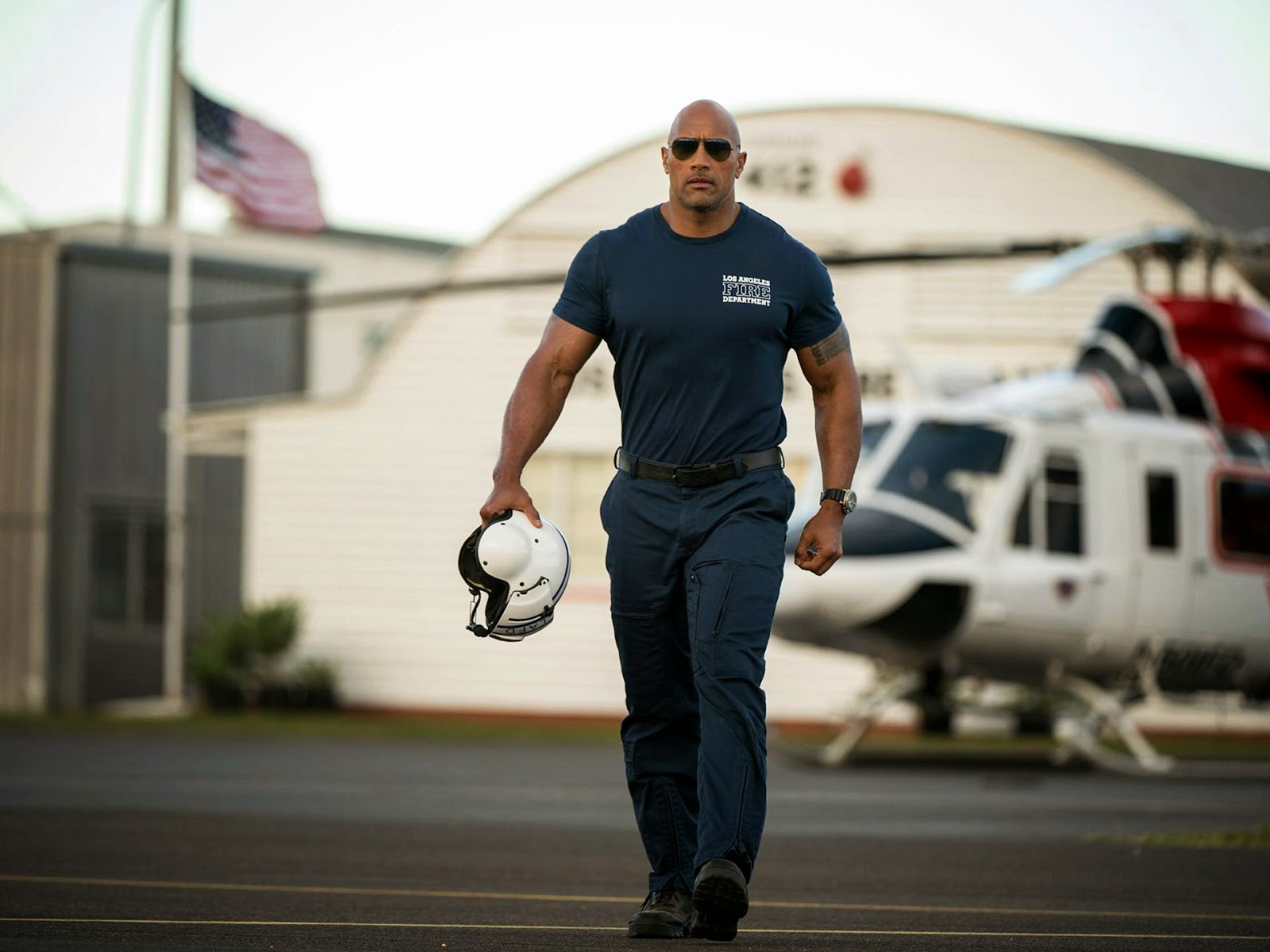 This first one is for Dwayne Johnson's new film, San Andreas, about the fault line and the massive earthquake resulting. You have heard me say, countless times, that film makers watch films, and there is a large, public debate going on in these films; listen for the background music--you'll know it when you hear it--and think of recent trailer that reminds you of:
The sign, just before the quake hits, when Johnson's character is driving in his truck, says King City and San Francisco; why? Well, we could say that King City might be a reference to Obama, as he furthers his power grab unopposed, and San Francisco is the international capital of the gay movement (who has supported Obama, and whom he has used against the country). After the quake, at 0:56, there is a ghostly, high-pitched version of California_Dreamin' by the Mamas and the Papas, 1965. What trailer does this mimic? The Age Of Ultron and There Are No Strings On Me. Why? The makers of San Andreas want to align their film with Ultron, not like a vicarious popularity on their part, but to let audiences know the two films are saying the same thing; and what would that be? 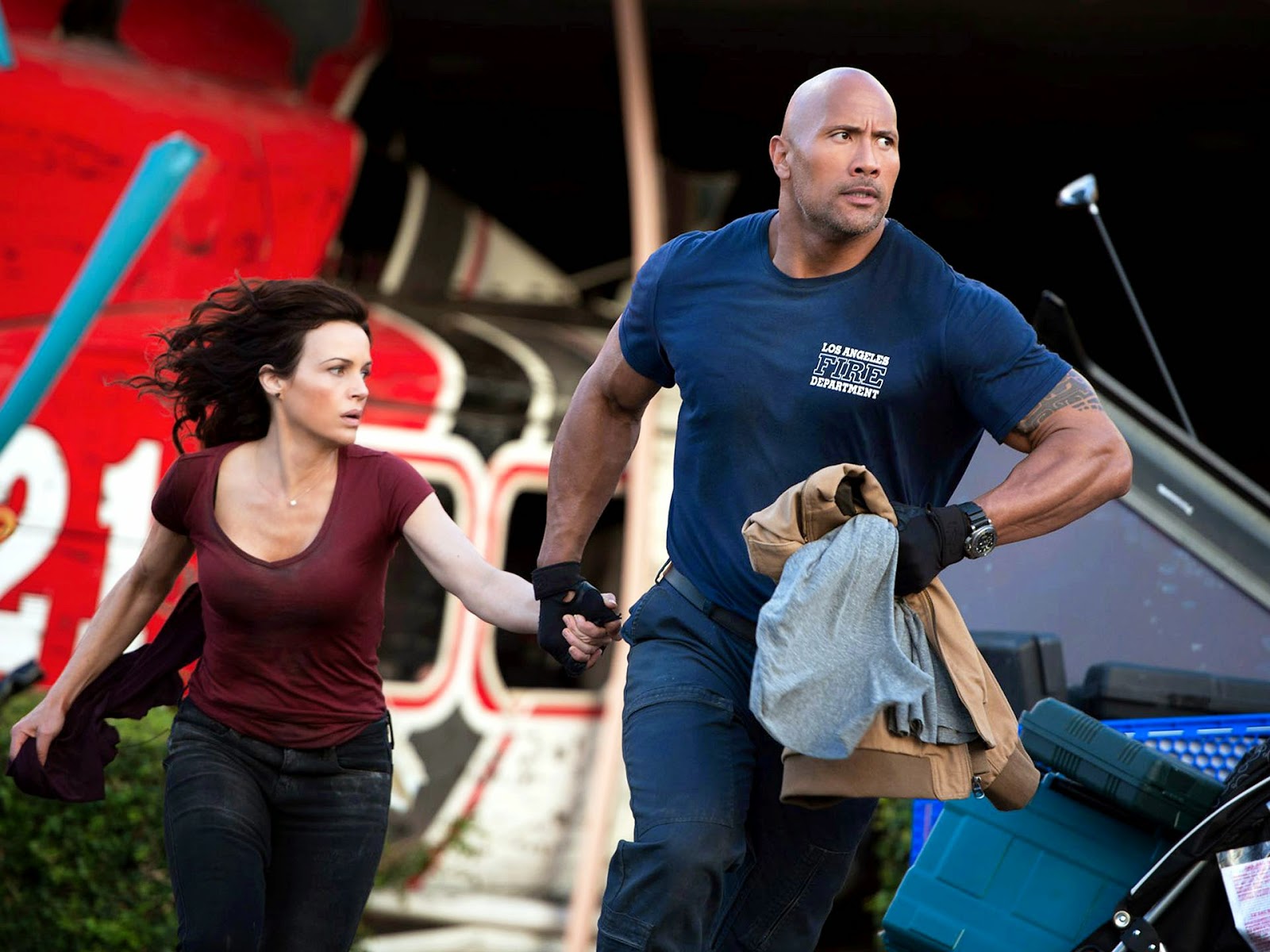 "Even though this is happening in California, you will feel it on the East coast," so what is "it" he's talking about? No, not the earthquake, the civil war. When Johnson's character gets out of his truck at 0:52, and looks at that "divide" in the earth, that is a metaphor for what is happening in Hollywood, and why we see the famed sign come crumbling down (remember, what does Gandalf say in The Hobbit: the Battle Of the Five Armies? "The time has come for each of us to choose which side we are on," and San Andreas echoes that). California, which would be a republican state if it weren't for the liberals in the big cities, is "crashing" because of the massive financial mismanagement and bankrupcty, and "even though this is happening in California," we are going to feel it all over the country; an economic crash, and we are being warned to "get out" of the markets? Quite possibly. What was "California dreaming" under more stable governments, is now "California nightmares" under the Obama regime. Speaking of The Hobbit, let's watch this awesome clip:
"You should have stayed dead!" Again, we just need to ask, who are those fighting us now and today, who have been "resurrected" from the dead? The Marxists, the socialists, the communists, all those who we thought we had killed at the end of the Cold War that are now suddenly destroying California and the whole country. It would be awesome, at this point, if Radagast the Brown comes and, like he did for the little hedgehog, saves Gandalf. But I don't know what is going to happen. Another trailer is for the Chris Hemsworth film, In the Heart Of the Sea:
Wow, the make-up job on Hemsworth is horrible. Anyway, I think this is going to be an anti-capitalist film; compare the tone of this doom and gloom with the courage, bravery and hope of Interstellar. I could be wrong, but Ron Howard is famously liberal, so that's probably what this is about. Last one, the TV show SALEM has released it's teaser for Season 2 (April 2015) and I am excited!
Who is that boy?
It might be the soul of the baby she aborted which led to her selling her soul to the devil. Then again, it could be someone completely different. You might recognize the graveyard and the "throne" Mary has set herself upon might remind you of Angelina Jolie's Maleficent. What is the "Witch War" about? The witches plan to destroy all the God-fearing, hard-working people, and take the country over for themselves. Sound like what is going on in the USA today?
Eat Your Art Out,
The Fine Art Diner
Posted by The Fine Art Diner at 9:59:00 PM