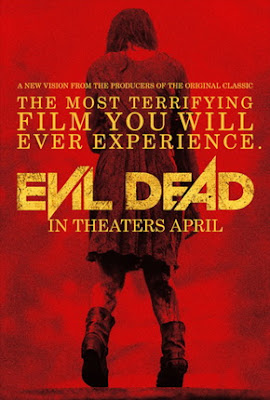 This is the thing: I actually hate horror films. I am the perfect audience for any horror film because they scare the life out of me; when The Blair Witch Project came out, I didn't sleep for night, and was certain something was behind me for more than a week. Decoding a film as it progresses, however, helps me to keep an objective distance so I don't get so scared. From an analytic standpoint, the opening sequence is pure genius: you might be tempted to rate it on "entertainment value," but if we examine it from an artistic perspective, truly, they did a great job. The acting was much better than I anticipated and the film is exhausting, keeping you wondering what terrible thing is going to happen next. I can, however, definitely say it is anti-socialist, and there are many wonderful symbols at play within the narrative! Viewer beware! There is an important post-credits "bit" you will want to stay tuned for, so don't leave the theater until the curtain drops!
Now, the original film (1976) was well done (my review is here at The Crisis Of Blood: Carrie), and, as I have said numerous times, films are always made (and re-made) at a very specific time for a specific reason according to the needs of society at that juncture in history. Without a doubt, the original explored the increasingly loose sexual norms of women at the time with religion; where will the remake of Carrie lead us? We will have to wait until October:
You might want to think on this one a bit; The Purge is due out May 31:
This is probably an extreme case scenario where you want the government to intervene. It reminds me of The Hunger Games and is probably a pro-socialist, anti-Second Amendment film. By the way, I don't know if I mentioned it or not, but Thor: The Dark World was supposed to have the first trailer released April 2; it wasn't. My guess, and this is only a guess, is that the trailer will be released with Iron Man 3, on that opening weekend; if it's released before that, you can make sure I will post it.
Eat Your Art Out,
The Fine Art Diner
Posted by The Fine Art Diner at 3:40:00 PM