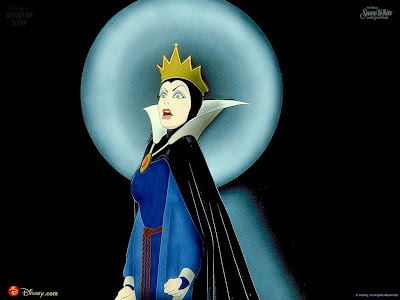 The Skin I Live In finally arrived so I will be watching that tonight and getting answers to questions up tomorrow within the original post (and I will post a note letting you know when I am done with it!). Since Mirror, Mirror and Wrath of the Titanas are being released next week, Monday will be an examination of the original Brothers Grimm fairy tale (since they are given credit as the screenwriters) then we will be doing the 1937 version of Walt Disney's Snow White and the Seven Dwarfs because that is the version most people are familiar with and will be mentally referencing during Mirror, Mirror (whether we realize it or not).
In 1997, Sigourney Weaver and Sam Neill did a version called Snow White: A Tale of Terror so that will be for Wednesday next week (it's on instant streaming at Netflix), and these studies will also aid us not just in Snow White and the Huntsman coming out, but with Jack and the Giant Killers as well as both versions of Hansel and Gretl being released. On Thursday, we'll do an examination of the myths of the Titans included in the film Wrath of the Titans, which I will be seeing at a midnight showing Thursday, posting on Friday! 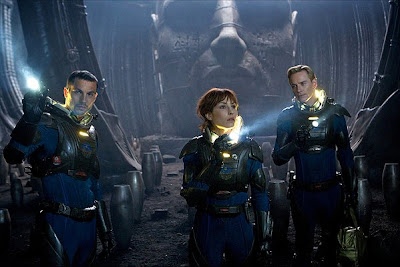 We finally have some solid information on Ridley Scott's Prometheus being released June 8. The story line: A team of explorers and scientists travel through the universe on a spaceship called Prometheus to discover a clue to the origins of mankind on Earth, leading them on a journey to the darkest corners of the universe. Becoming stranded on an alien world, they must not only survive but fight a terrifying battle and the horrors they experience are not just a threat to themselves, but to all of mankind.
I am listing both trailers because, while there is a bit of redundancy, the first, UK version contains more dialogue, whereas the US version contains more action... I wonder why they decided to do it that way?:)
The United States, Hollywood trailer:
So, what do we have?
Again, like Battleship coming out this summer, there is the defending of the status quo (protecting the earth from alien invaders and the preservation of mankind) so that makes it possible it will be a pro-Democrat film because they are the status quo at the moment; with 2012 being an election year, the status quo is potentially threatened. However, just as in Battleship, harkening back to the science fiction films of the 1950s, it is possible that the aliens will be those who have become alien to us, i.e., our government officials, who are supposed to be working for our good and are instead working for their own good. 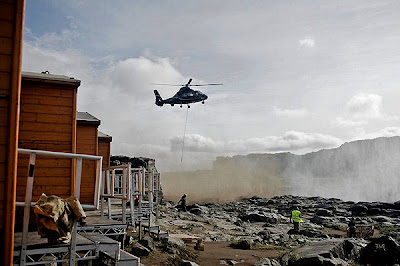 As many critics have noted, there are numerous elements reminding us of Scott's film Alien, which was a great film, but the intentional invocation suggests that, before we see Prometheus, we should examine the earlier work of Scott first, which I will be doing. I am guessing that Prometheus will be a liberal agenda film, and the part of the country who is considered "conservative" are the aliens who threatened the existence of all those who are liberal. BUT I COULD BE VERY WRONG ABOUT THIS. I am remembering, however, the TED 2023 trailer featuring Guy Pearce is definitely about the business world (like James Cameron's Avatar) and usually businesses are associated with the Republican party.
Again, we won't know until we get in there.