A Gentlemen's Agreement: This Means War 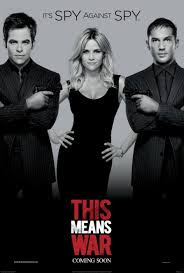 Towards the very end, after Lauren Scott (Reese Witherspoon) has chosen FDR Foster (Chris Pines) and Tuck has reunited with his ex-wife Katie and their son Joe, Tuck and FDR are about to jump out of an airplane on a mission, and FDR mentions to Tuck that he had slept with Katie before Tuck knew her; Tuck explodes in disbelief, "You slept with my wife?" and that's all he can say, even when FDR repeats that it was before Tuck even knew her, "You slept with my wife?" This is the moment that makes this movie, that frames everything we need to know about the characters and the direction they are headed.
There is a two-fold purpose to abstaining from sexual activity outside of marriage: the first is, that the intimacy is intended for a man and woman who have bound themselves in a covenant with God, and their physical intimacy is not only necessary for the procreation of children, but their love as well; the second is, the virtues of virginity help to prepare one for either their vocation in the married life, or in the religious state. When Tuck says, "You slept with my wife?" even though he and Katie didn't know each other at the time, Tuck is correct, Katie had been called to be his wife but, by having sexual relations with her, FDR temporarily took her as his wife and then, basically, disavowed her. Tuck, then, is correct in holding Katie has his wife even though they didn't know each other when FDR slept with her.
Now that we know the ending, we can consider the beginning. When Tuck and FDR realize they are both falling for Lauren, they make some rules, including, as Tuck puts it, "No hanky-panky," no physical relationship with her until she decides who she wants to be with; FDR scoffs and mentions how long it has been since Tuck had dated, but agrees. Later, when Lauren can't decide between the two, she decides that she needs a sex tie-breaker; having sex with both of them will help her to decide which is the better man.
Tuck and FDR have Lauren under video surveillance and know the moment she tells her best friend (the most annoying character ever in a film) that she's going to get them both to have sex with her. They then re-new their gentlemen's agreement that, no matter how hard she tries to get them into bed, they will not sleep with her. FDR sleeps with her. When Tuck finds out, FDR says, "I'm no gentlemen!" and he's absolutely right. Then again, Lauren is no lady, and we know this from two other moments in the film.
When Lauren is talking to her friend, and has decided to sleep with both of them, Lauren says, "I'm going to hell," and her friend replies that Gloria Steinem didn't go to jail so Lauren would have to be wimpy about sleeping around, but Lauren knows that this behavior is not only wrong, it's morally wrong, and she does it anyway. After she has all ready slept with FDR, and she is supposedly going to entice Tuck into sleeping with her, she stops Tuck and says, "I'm not the kind of girl," although she has just proven that she is indeed that "kind" of girl.
What are the other two moments in the film that demonstrate for us Lauren's sexual promiscuity? The first is when FDR and Lauren meet at the video rental store. FDR suggests she check out Alfred Hitchcock's 1938 masterpiece The Lady Vanishes which is still considered (as FDR points out) a brilliant example of Hitchcock using mystery, comedy, action and a love story all at the same time. There is also a pun on the title: the lady has vanished, Lauren is supposed to be a lady and she is not. 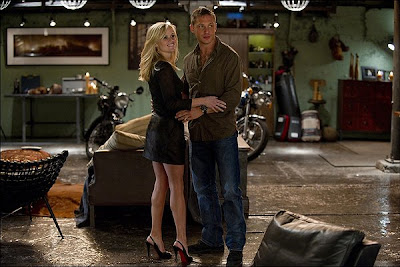 The second moment that alerts us to Lauren's promiscuous behavior is when she's in her apartment, making popcorn, and both Tuck and FDR have broken in (using their CIA skills) to look around and take note of things she likes; while this is going on, Lauren is singing loudly, totally unaware that there are strangers in her house. What's important is her strange clothes she wears: she has on a knit sweater and no pants of any kind. The sweater symbolizes how she's wanting to protect her emotions (the thick material acts as a barrier to keep her warm) and that her lower body is naked means that her reproductive organs are "exposed." In other words, she cares far more about her emotions and psychological well-being than her sexual well-being, and, because "This is the way she does it" (in reference to the song she's singing) she doesn't realize that a woman protecting her sexuality is protecting her emotions (even though Lauren's last boyfriend was caught sleeping with someone else, and she's been burned by an other's promiscuity, she doesn't consider her responsibility, only her appetites).

There is also a third foreshadowing technique employed. The Kiss by Gustav Klimt is Lauren's favorite painting (pictured below) and the way Klimt arranged it, we can tell by the woman being inched closer and closer to the edge that she's about to "fall" (please see my complete analysis The Kiss and the Soul: Gustav Klimt for more). When FDR takes Lauren to the "warehouse" to view the collection of Klimts he has assembled to impress her, he has one of his CIA friends feeding him information about the paintings that FDR repeats to Lauren to further impress her with his knowledge of the artist. Tuck breaks in on this line of communication and starts feeding FDR erroneous and absurd information that makes FDR look ridiculous before Lauren. Is the only point of this to demonstrate that FDR can't think on his own? No, it's to show that both FDR and Lauren can have the image of themselves before them and still not recognize themselves in it. Both FDR and Lauren are fooling themselves with what they think they want, and that comes out in the painting, but they take no heed (please see my analysis of the painting linked above for more). 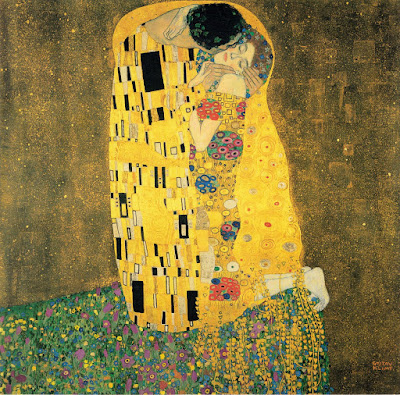 There is one last device This Means War utilizes and it's definitely worth our time to consider. This Means War constantly references other films, and not arbitrarily. I mentioned all ready The Lady Vanishes: in that film, Iris Henderson is, like Lauren, faced with a choice between two men; in Young Frankenstein, Dr. Frankenstein is faced with choosing between two women, and in Butch Cassidy and the Sundance Kid Etta Place loves both Butch and Sundance and Rose has to choose in Titanic of 1997. So This Means War intentionally invokes other films where a leading actor has to make a choice between two love interests. 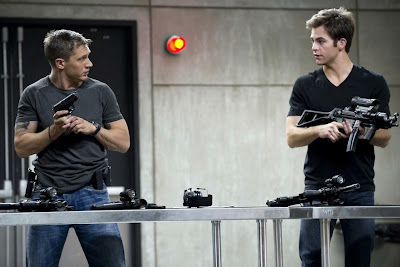 But there is literally "another side" to the films being mentioned. Tuck is the one who mentions they should make "a gentlemen''s agreement" which is from Gregory Peck's 1947 Oscar winning film Gentlemen's Agreement where Peck plays a reporter posing as a Jew to discover prejudice in America; likewise, Hitchcock's 1940 Rebecca is about dual personality (or at least psychoanalytic doubles) and Notorious of 1946 is about Ingrid Bergman being an agent but posing as a wife. Even Superman's Clark Kent is a reporter by day and superhero when danger calls.  The introducing of these great films into This Means War creates another dimension of dialogue and understanding of what the characters are going through and what the storyline wants us to consider: the loss of identity. 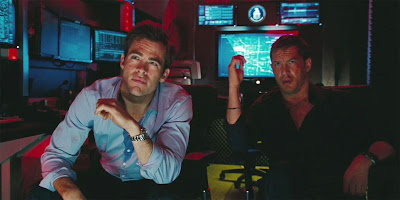 All three of the leading characters are compromising their identities and this angle is brought out by the siting of other films; why? A relationship should help us to find who we are, it should hold up a mirror to our deeper self, the part of our self that only an "other" can bring out, that's why they are so important; in these relationships, the falsity of each character is being brought out, not their singular genuineness. FDR and Tuck are assassins, but one poses as a travel agent and the other as a captain of a cruise liner; Lauren poses as a loyal girlfriend, but she's two-timing and she seems like a smart woman but the truth is, she only gets the man she is worthy of, FDR who is no gentlemen because she is no lady. But this is exacerbated by both FDR and Tuck using their CIA skills (and resources) to "track" Lauren and treat her--the way Lauren treats both of them like products she's testing at work--as a "case instead of a human. 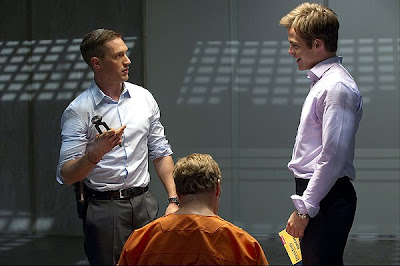 The film's tagline, "Make war not love" is quite accurate: we should be making war on making love outside of marriage because of the consequences to our identities and emotions such behavior leads to, which in turns, leads us to not making the right choices about our mates and needlessly complicating our identities. 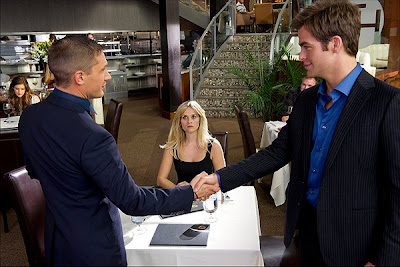